For the safety of all parishioners, especially our most vulnerable,

please adhere to the following protocol:

– Maintain a safe distance of 6ft

– Bring your own chair

– Use hand sanitizer when arriving & before receiving communion

These are the safety protocols that allow us continue Mass.

Thank you for your cooperation and understanding!

The entire staff of Holy Trinity wishes everyone a Blessed Christmas.

We are excited to announce that we will be offering drive-through communion for those individuals who are watching livestream Mass in the morning on Sundays. The communion service will be a drive-through and take place between the hours of 2pm and 2:30pm on Sundays starting on November 29, 2020.

Please refer to the attached documents for more information/directions as well as a traffic map.

As some of you may have heard at Masses this past weekend, we had been planning to move Sunday Masses into the church this coming weekend in celebration of the Feast of Christ the King. Unfortunately, we are now unable to do so due to Orange County moving back into the purple tier on the State of California’s Blueprint for a Safer Economy. Once the county moves back to the red tier we will re-assess the ability to move back into the church for Mass with a capacity of 100 people.
Effective tomorrow, the weekday 8:30AM Mass that has been inside the church will move back to being held in the courtyard between the parish hall and the parish office. Beginning this weekend, the confirmation and middle school classes that have been held in the hall the past couple of weeks will also move back into the courtyard between the parish hall and the parish office. Any other planned liturgical celebrations (baptisms, funerals, weddings) will be held outside until further notice.
The Blessed Sacrament Chapel will remain open for personal prayer – Monday-Friday from 9AM-3PM. 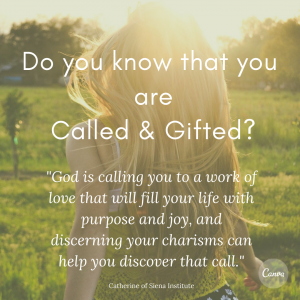 Beginning Monday July 20th, Daily Mass will now be celebrated outdoors! Similar to Sunday Mass, please wear a mask and practice social distancing. If you are unable to attend you can still view the live stream of Mass on Facebook. 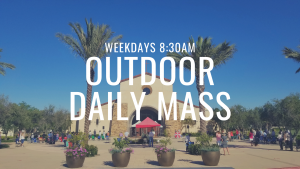 BEGINNING MONDAY JULY 13th The Sacrament of Reconciliation will be available after Daily Mass from 9am to 10am Monday thru Friday. Fr Michael or Fr Charles will hear your confessions outside from a safe distance. Please wear a mask. You can stream Mass at home then drive over or on your phone in the parking lot and walk over afterwards!

We will be live streaming from 9:00am to 10:00am after the 8:30am Daily Mass. All are welcome to spend some time in prayer, praise, and adoration of Our Lord.

Fr. Charles Tran was born in Vietnam and raised Catholic. He was an altar server from the second grade until he graduated from high school.

He credited being close to the altar and participating in the Vietnamese Eucharistic Youth Movement as experiences that helped deepen his faith and increased his love for the Eucharist and the priesthood. 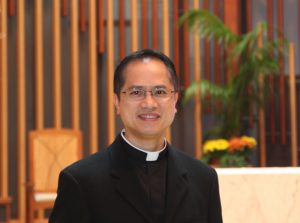 Fr. Charles completed his theological studies at St. Patrick’s Seminary & University and was ordained to the priesthood by Bishop Kevin Vann in June 2014. Our Lady Queen of Angels Church was his first assignment as a priest where he served for four years. Afterwards, he was assigned to St. Norbert Church for two years.

Fr. Charles looks forward to serving the community at Holy Trinity Church. He humbly requests that everyone prays for him and helps him to be an instrument of God’s love. 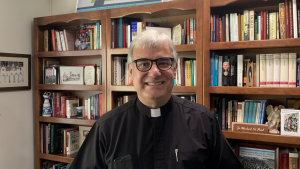 Fr. Michael’s first parish assignment was at St. Joseph Church in Santa Ana as Parochial Vicar, and then to St. Anthony Claret Church in Anaheim in 2009, and has been at St. Polycarp since July, 2011 as Pastor.

Prior to his priestly formation, Fr. Michael worked for the Walt Disney Company in various administration/management positions for over 20 years. In Fr. Michael’s vocation story he states, “I have worked for the ‘Magic Kingdom’ for half of my life and now I work for the Eternal Kingdom for the rest of my life!”
Father Michael looks forward to becoming the new Pastor of the Holy Trinity Catholic Church in Ladera Ranch (July 1st) and meeting all of the wonderful parishioners.

Live worship music with multiple people on a Zoom call isn’t easy. Some members of HTYM found a solution..